Analysis and trading recommendations for EUR/USD on October 18 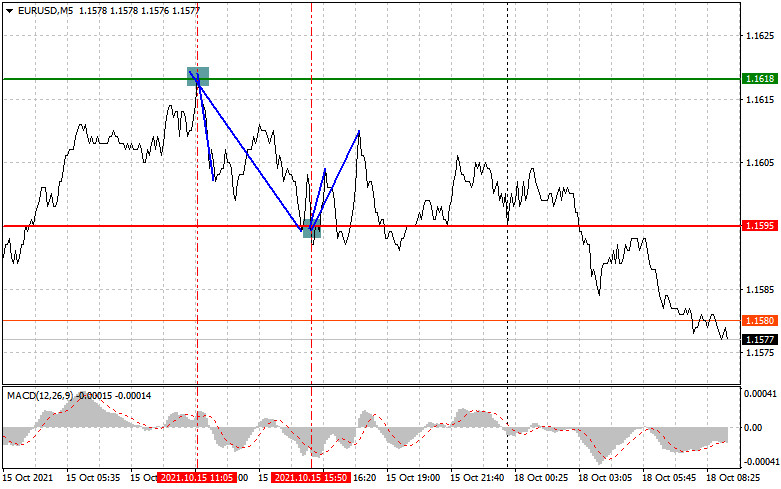 Analysis of transactions in the EUR / USD pair

Better-than-expected CPI data from France and Italy led to a price increase last Friday morning. But in the afternoon the situation shifted, mainly due to a strong report on US retail sales. And most likely, this scenario will continue as there are no EU statistics scheduled to be released today. Similarly, data on US industrial production and budget execution is likely to lead a surge in market volatility and support to dollar, especially if the figures exceed expectations. Statements from FOMC members such as Randal Quarles should also follow up.

But before buying, make sure that the MACD line is above zero, or is starting to rise from it. It is also possible to buy at 1.1574, but the MACD line should be in the oversold area, as only by that will the market reverse to 1.1685 and 1.1620.

Open a short position when euro reaches 1.1574 (red line on the chart) and take profit at 1.1543. Pressure may return in the morning amid the lack of EU statistics. Strong data from the US may also increase demand for dollar.

But before selling, make sure that the MACD line is below zero, or is starting to move down from it. Euro could also be sold at 1.1585, but the MACD line should be in the overbought area, as only by that will the market reverse to 1.1574 and 1.1543. 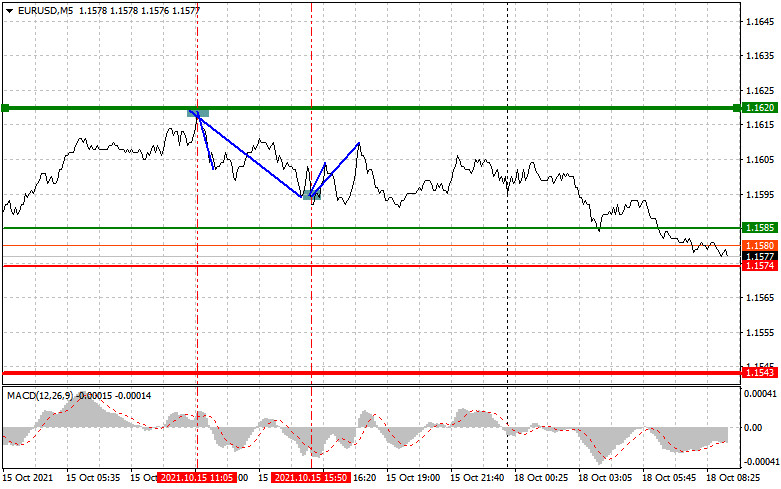 The thin green line is the key level at which you can place long positions in the EUR/USD pair.

The thin red line is the level at which you can place short positions in the EUR/USD pair.

Analysis and trading recommendations for GBP/USD on October 18

Overview of the GBP/USD pair. October 25. The British are...